Allowability Of Expenditure Incurred By Pharma Companies On Medical Conferences. 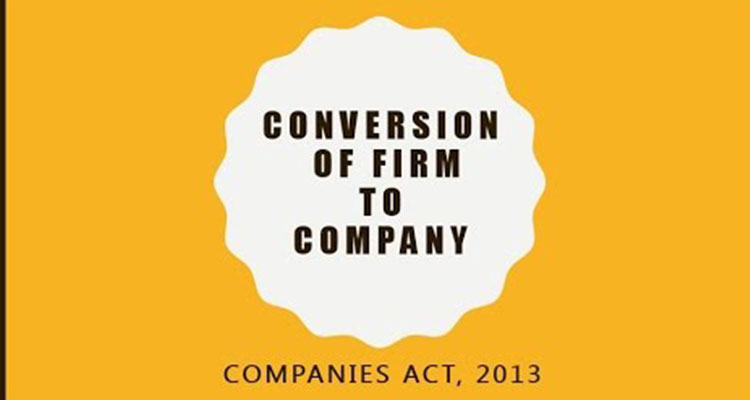 Recently the Delhi high Court in Bostom Scientific India (p) Ltd.v.Asst.CIT 2017 Tax Pub (DT) 3985  (Del –HC) has give it’s verdict regarding allowability of expenditure incurred by pharma companies on sponsoring medical conference  in and outside India. The learned  author analyses the impugned issue in the light of this recent verdict.

It is general practice  of pharma companies to sponsor and conduct medical conferences  in & outside  India and for this purpose these companies also make arrangements  for travel and accommodation  of doctors  attending the conferences. In a recent past, a serious  controversy  arose as regards allowability  of expenditure  incurred b pharma  companies for organising such conferences. These expenditure  incurred by pharma  companies  for organising such conference.these expenditure are claimed  to be allowable as business expenditure for being incurred for  business purpose, however, the department tends to disallow  the same by invoking Explanation 1 to section 37 (1).

The Finance  (No. 2) Act, 1998 has inserted an Explanation to section 37(1), with  retrospective  effect from 1-4-1962, so as to clarify  that any expenditure incurred by an assessee for any purpose which is an offence or which is  prohibited by law shall not be deemed to have been incurred for the purpose of business or profession and no deduction or allowance shall be made in respect  of such expenditure.

The pharma companies incr expenditure to sponso and conduct doctors’  conferences , to distribute  its product amongst  doctors  as free   samples, to give  gift  articles to  doctors ,  etc. These expenditure  are classified as advertisement  and sales promotion  expenditure and claimed  to be  allowable on the ground of being incurred wholly and  exclusively for  the  business purposes.

The  Medical council of India in excersise  of its statutory powers amended the Indian medical Council  (Professional Conduct, Etiquette  and  Ethics) Reguations, 2002 (the Regulations ) on 10-12-2009  imposing a prohibition on the medical practitioner & their professional associations   from taking  any  gift  travel facility , hospitality, cash of monetary  grant from the pharmaceutical  and allied health sector  industries.

Thus the  of any expense incurred in providing above  mentioned  or similar freebies in violation  of the provisions of Indian  medical Council (Professional  Conduct Etiquette  and  Ethics ) Regulations, 2002 shall  be inadmissible  under  section  37(1)  of the Income Tax  Act  beingan expense  prohibtited by the law. This disallowance shall be made in the  hands of such pharmaceutical  or  allied health sector  industries  or other  assessee  which has provided aforesaid freebies  and claimed  it as a deductable  expense in it’s  accounts  against  income.

It is also clarified  that the  sum equivalent to value of freebies enjoyed  by the aforesaid  medical  practitioner  or  professional  associatiosns  is also  taxable  as business  income  or income  from the other sources, as teh case may be,depending  on the facts  of each case.The assessing officers of such  medical practitioner  or professional  associations  should  examine the same and take an appropriate action.

However,the Indian  Medical  Council (Professional  Conduct, Etiquette and Ethics) Regulations,2002 which  has been amended on 10-12-2009 prohibits  medical practitioners and their professional  associations  from  taking any  gift, travel  facility, hospitality, cash  or monetary  grant from the  pharmaceutical and allied health sector industries.

Thus, the expenditure incurred on freebies are disallowed on the ground of being incurred  in violation of the provision  of Indian medical  Council ( Professional  Conduct, Etiquette  and Ethics) Regulations, 2002.- circular  No. 5/2012,dt.1-8-2012.

In live Healthcare  Ltd.  v. DCIT (2016) 161 ITD  63 (Mum),the Mumbai  Bench  of the Tribunal  held that the expenditure on foreign travel and  accomdation  of doctors  and their  spouses was incurred  with  the  intent and the objective of profiteering form the  distribution  and entertainment that had a direct nexus with promoting  the sales  and profitability which made such expenditure violative  of the provisions of  the said regulations  of 2002.It held that the expenditure was incurred  to seek favours  from the doctors  by way of recommendation of  the company’s  product  which  was an illegal gratification ,was against public  policy,was unethical  and was prohibited  by law. Accordingly,the expenditure in question was liable for disallowance.

However  in PHL Parma (p)  Ltd. v. ACIT (2017) 163 ITD 10(Mum),the decision  was given in favour  of the assessee by observing that the  code  of conduct has meant  to be followed  and adhered to by the medical practironers and doctors  alone and  did  not apply in any manner to pharmaceutical companies. The  Indian  Medical Council did not  have any jurisdiction  nor had any authority upon the pharmaceutical companies and could not have  prohibited  such  companies  in conduct of  their  business. The  CBDT in issuing  Circular  No. 5, dt.  1-8-2012 had  enlarged the scope of the said Regulations by  applying  it to the pharmaceutical  companies without any enabling  provisions to do so. Further  the circular in any  case could not be reckoned retrospectively  i.e., it could not be applied  before the date of its issue, i.e.,  on 1-8-2012.

Thus the expenditure  incurred by the assessee  company was in the nature  of sales and  business  promotion  and was to be allowed; the gift articles bore the logo of the assessee and could not be held to the freebies,the free samples proved  the  efficacy of the products  of the  products  of the company and again were not in violation of the said Regulations  framed  by the Medical Council  of India.

This  was disallowed  on the ground that details  were scanty, despite ample opportunity being given  to the assessee .

(iii) Expenditure  of Rs  8,00,000  incurred  on sponsorship  for organizing conference/seminor. This was disallowed on the ground that the payment was made after the event had place.

On appeal before ITAT , it was held that as the assessee  had incurred expenses in the garb of marketing  the cardiac machine, onus  was upon the assessee to prove that the expenses incurred did not  violate any law that may be applicable. The burden lies uopon the assessee which has not been discharged  by evidences/materials.  Merely by placing the bills of payments, the travel details, the hotel details , where the doctors  were stationed , and the seminars / conferences  that were actually attended by such doctors. Assessee had also not demonstrated  that the doctors by participating  in such conferences and accepting the hospitality  extendedby it (the assessee ) have not contravened any MCI Regulations.

The High Court ,however, said that the ITAT placed an unfair burden on the assessee to prove that the above expenses was incurred  bona fide for the  business  purpose of the assessee. The assessee had placed before the ITAT  all the relevant details thereby discharging the initial  onus. Thereafter,it was  open to the Revenue  to prove to the contrary . It was not possible for the assesee  to show  that  doctors “actually  delivered  any lectures, attented any meetings for, providing training  courses and seminars for assessee, etc.

As regards  other disallowances, it was held that since the ITAT proceeded on  and conjectures and failed to deal with  the contentions of the assessee in that regard , it is only fair that the ITAT  considers the entire appeal of the assessee  on merits afresh.

Thus, the High Court rendered decision in favour  of assessee and against  the revenue and  all the contentions of the  assessee raised  in the appeal before the ITAT  would be considered afresh.

The decision of the Delhi High Court has provided some rays of hope in favour of Pharmaceutical Companies for doctors. If relief is  provided, it wil be of great  help in sharing  and upgrading  knowledge in the field of medical science and ultimately whole mankind would  get benefitted therefrom.

Have questions? Get it cleared by ADCA, one of the top chartered accountant firms in bangalore.