The Re Imbursement Of Actual Expenditure: Attracts Neither Section 194C Nor Section 40(A)(IA) 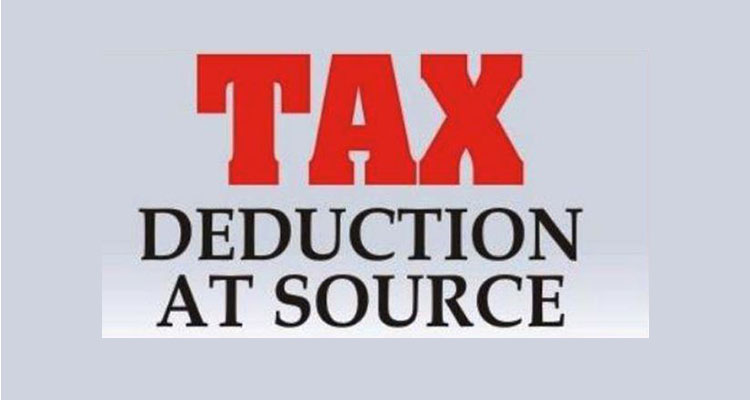 The learned author takes up for discussion a very recent Tribunal decision in which the assesse had made reimbursement of expenditure to a certain party, which the assessing officer treated as payment to clearing and forwarding agent, therefore, attracting section 194C and consequently  40(a)(ia). The Tribunal, however, departed thus view

As per section 40 of the income Tax Act, 1961 (in short, ‘the Act’), certain amounts mentioned therein are not allowed as deduction, notwithstanding anything to the contrary in sections 30 to 38, in computing the income chargeable under the head “Profit and gains of business or profession”. Section 194C of the Act lays down provisions in respect of TDS on payment to contractors.

Mark Logistics. Claim of the assessee before the AO was that these were reimbursement of expenditure incurred by he said agent. As per the assessee, the said C&F agent was incurring expenditure on its behalf and therefore, According to him, the assessee should have deducted tax at source on the payment effected to Mark Logistics. Since assessee had not deducted such tax, AO applied section 40(a)(ia) of the Act and made a disallowance of Rs.60,80,063.

They also stated that they had deducted tax at source while effecting payments to various person with whom they had entrusted the work of assessee. CIT(A) sought a remand report from the AO>As per the CIT(A), in the remand report, the AO has admitted that amounts paid by assessee to Mark Logistics were re-imbursements. CIT(A) held that payment of Rs.60,80,063 made by the assessee to Mark Logistics were in the nature of reimbursement of expenditure and the payment received by them were not C&F charges. Relying on the judgment of the Hon’ble Gujarat High Court in the case of CIT v. Narmada Valley Fertilizer Co. ltd 2013 taxPub(DT) 2222 (guj-HC); (2014) 361 ITR 192 (Guj), the CIT(A) held that re-imbursement of expenditure, deduction of tax was not required. He deleted the disallowance made under section 40(a)(ia) of the Act.

DR, assailing the order of the CIT(A), submitted before ITAT that assessee had paid Rs.60,80,063 for the service received by the assessee from Mark Logistics, which were contractual in nature. According to him, these were not reimbursement of expenditure and even if it was reimbursement, as per the DR, there would have been profit booking by Mark Logistics in built in the billings. In his opinion , AO has rightly considered the payment as liable for deduction of tax at source under section 194C of the Act. According to him , CIT(A), merely based on the submissions of the assessee, had allowed the claim of the assessee. Reliance was placed on the judgment of the Hon’ble jurisdictional High Court in the case of CBDT v. Cochin goods transport Association (1999) 236 ITR 993 (ker) and the judgement of the Hon’ble Apex Court in the case of Associated Cement Co. Ltd. v. CIT and Another (1993) 201 ITR 435 (SC)

The Tribunal considered the effector CBDT Circular No. 715, dated 08-0-1995 and observed that the said Circular was applicable only where consolidated bills ere raised inclusive of contractual payments and reimbursement of actual expenditure. Same view was taken by the Bangalore Bench of ITAT, Cochin in the case of Pr. CIT v. Consumer Marketing (India) (p) Ltd. (supra) held that when separate bills are there for reimbursemet of expenditure received by C&F agent, TDS was not required to be made on reimbursement. The assessee in addition to reimbursement of expenses, separately paid brokerage and commission of Rs. 2,52,410 which was subjected to disallowance in the original assessement. Hon’ble Members of the ITAT held that the CIT(A) was justified in deleting the disallowance made under section 40(a)(ia) of the Act.

Want to get deep knowledge on re-imbursement of actual expenditure? Get in touch with Mr. Anil D'souza, Expert CA in bangalore.