A non- Resident Seafare's Income Earned Outside India But Credited To His Indian NRE A/C By Employer Will Not Be Liable To Tax Under The Income Tax Act,1961 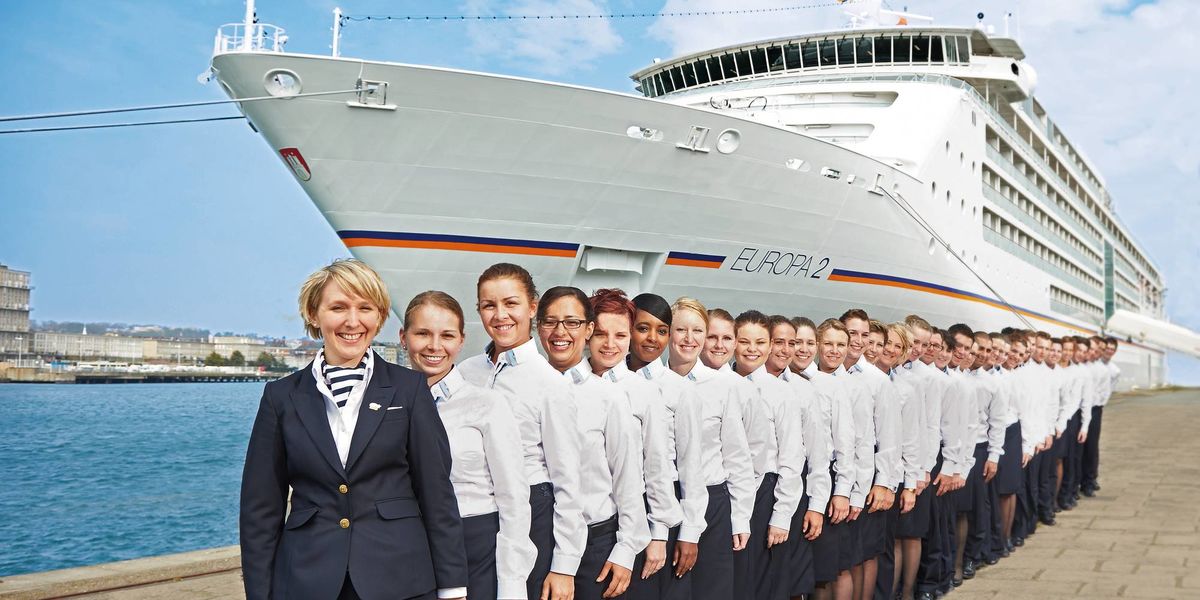 2.Facts of the case

The  assessee,a Marine Engineer by profession , for the AY  2011-12 filed his return of income ,showing an income of Rs.2,09,021 in the status of a ‘non–resident ‘.He was engaged with M/s Mercator Lines Ltd ., Singapore, as a Marine Engineer .During the previous year ,relevant to the AY 2011-12, he was paid a sum of Rs.23,71,727 by the employer company on different dates for his services  as a seafarer by credit to his  two NRE accounts  in india  with HSHC Bank. The assessee did not show this amount as income in the return as income  in the india filed in the status of a ‘Non-Resident’. The assessee’s case was that this  income was  received from  outside india in foreign currency and,therefore, claimed as exempt.The assessee stated  that he used to get  his contract to do services with india/foreign shipping company through  Indian agent and  that contrats were executed in india duly signed by the agent in india and himself before joining  the ship. But, he was to float on foreign water to render services during the courses of voyage and accordingly, when he will stay more than 182 days outside india or on foreign water,his  residential status will be treated  as ‘Non –resident’ as per provision of law and his salary income ,which are received out side india  in foreign currency also will not be taxable under section 5 of the Act .The AO accepted the residential  status of assessee as non-resident after verification  of copy of passport  and other details  submitted . The assessee claimed that as per  provisions of law ,salary income , which is received outside india  in foreign issued show cause notice to the assessee as to why the remuneration received in india should not be  brought to tax in terms of section 5(2)(a) of the Act. However, before examining the assessee’s defence to the AO’s notice ,it is relevant to examine the provisions of section 5(2)(a) of the Income Tax Act,1961 (Act).

“(2) Subject to the provisions  of this Act ,the total income of any previous  year of a person , who is a non-resident, includes all income from whatever source derived , which-

(a) is received or is deemed to be received in india in such year by or on behalf of such person ;0

From the foregoing extract of section 5(2)(a),it could be seen that section  5 of the Act provides  for  charge  of income  tax on accrual  or receipt  basis . Explanation 2 to section 5(2) provides that if an income has been subject of taxation  on accrual basis , it  cannot again be taxed on receipt  basis. The section ,however , does nit give any indication  as to in respect  of what  income ,the charge shall be on the receipt  basis and on what income  the charge  shall be on accrual basis . Obviously , this would depend on the factual matrix.

5. Appraisal of the Tribunal’s  decision

With the above background  of legal provisions, the tribunal’s decision can be examined.

In india in all cases (whether accrued in india or elsewhere), irrespective  of residential  status  of the assessee. He also observed that it is  significant  to  know the  meaning  of income received  in india . if the place where the  recipient  gets the money (on first occasion) under his control ,is in india,it is said  be income  received in india. In the instant  case ,all the  income was remitted  by the employer to the bank  accounts of the assessee maintained in india .therefore, the AO added a sum  of Rs .23,71,727 as income chargeable to tax in india. In support of his proposition , he placed of Capt . A.L.Fernandes v. ITO (2002) 81 ITD  203(Mum) (TM) whrerin it was held that teh salary received by the assessee in india  was taxable under section 5(2)(a) of  teh Act.

The  assessee claimed before  the CIT (A) that teh AO’s decision is wrong,interalia, on the  ground that he was under employment of a foreign  company and serevices  were  rendered outside India. For  The services rendered by the assessee outside India ,the entire payment of salary made by the foreign  company  in US$ and remittance was  made  to the  NRE account  of the assessee in india . The meaning   of section 5(2) (a) or the  Act. Should  be interpreted only in the  context of income  received  in india  currency  in india.There is a distinction between receiving money and transfer of money . The distinction  between receiving money and transfer of money.the  distinction  is that where a foreign company  makes payment  to the  non-resident for services rendered outside  india , the foreign currency to the assessee who is a non- resident  and the money in foreign  received  by the assessee not in india as because the point po payment by the company  is in foreign land & the point of receipt  by the assessee should  be  taken from the of payment. Mere remittance or transfer of the payments by the foreign co in the NRE account of the assessee in india that also in foreign exchange shall not be considered as income  received  in india  & larger interpretation to the  section would render it otiose.

The CIT (A) did not feel convinced with assessee (appellant before him) and confirmed AO’s order . Hence ,the assessee filed appeal before the  income tax Appellate Tribunal  (Tribunal ,for short,in  later  discussion).

The Tribunals  has decided the appeal in favour  of the  case of the assessee , inter alia , on the following grounds.

Represent have been received  in the board  that income  by  way of salary received  by non- resident seafarers for services  rendered outside  india on-board foreign ships,are being  subjected  to tax in india for the reason  that the salary has been received by the seafarer.

2. The matter  has been examined  in the board. section 5(2)(a) of the Act  provides that only such income of a non- resident  shall be subjected  to tax in india that is  either received  in india. It is hereby clarified that salary accrued  to a non-resident seafarer  for services rendered out side india  on a foreign  going ship (with indian flag or foreign  flag) shall not be included in the NRE account maintained with an indian bank by the seafarer".

In the 4 of the paragraph No. 2 of the captioned circular, the words "Foreign Ship " may be "foreign going ship (with Indian  flag or foreign  flag)".

(iv) Final  summing up by the tribunal

(ii) employer directly creding salary to the account maintained outside India by the seafarer transfering such money to NRE account maintained by him in india .the latter remittance would be  outside the purview of provisions of section 5(2)(a) of the Act as what is remitted  is not 'Salary  income' but a mere transfer of assessee's  fund from one bank account to another ,which does not give rise to 'income'.It ios not clear as to whether the expression 'merely because ' used in the Circular refers to the former type of remittance  or the latter.To this extent, the circular  is vague.

However, giving the benefit of doubt to the assessee ,the Tribunal has said that inthe case before it, the employer has directly credited the salary  for services rendered  outside India into the NRE bank account as it does not  specify as to whether the circular covers either of the situations contemplated  above. Hence, we deem it fit to give the benifit of doubt to the assessee by holding that the circular covers both  teh situations  referred to above. The result of such interpretation of teh circular would  be that the provisions  of section 5(2)(a) of the Act is rendered redundant. Be that as it may,it is well settled  that the circulars issued by CBDT are binding on the revenue authorities . This position has  been confirmed by the Apex  Court in the case of Commissioner  of Customs  v.Indian Oil Corpn .Ltd .2004 Taxpub (DT) 1391 (SC) : (2004) 267 ITR 272 (SC) wherein their Lordships examined the earlier decisions of the Apex  Court  with regard to binding nature of the circulars and laid down  that when a circular issued by the Bourd  remains of the circulars issued by the Board remais  in operation then the revenue is bound by it  and cannot be allowed  to plead  that  it is contrary   to the terms of the statute.Accordingly,the grounds raised by the assessee are allowed.Hence the Tribunal allowed the assessee’s appeal.

Logically also,the Tribunals decision  seems to be correct The salary  accrued  to the assessee for services rendered outside  territorial  waters  when his status was  that of  non- resident, about  which  there is no  dispute .The salary having accrued  outside territorial  waters, whether he rerceives  it so on his behalf should make no difference.If at all, it could  only  be a technical  non-compliance, for which the assessee need  not be subjected  abroad  when it is squarely  covered  by teh CBDT’s circulars. Hence,it  is respectfully  said that the Tribunal  has reached to a correct conclusion  though through  a circuitous route.

Know & understand these IT regulations in-depth. call or Walk into ADCA's office - one of the Top CA Firms in Bangalore.